Thirty years of the Z boson 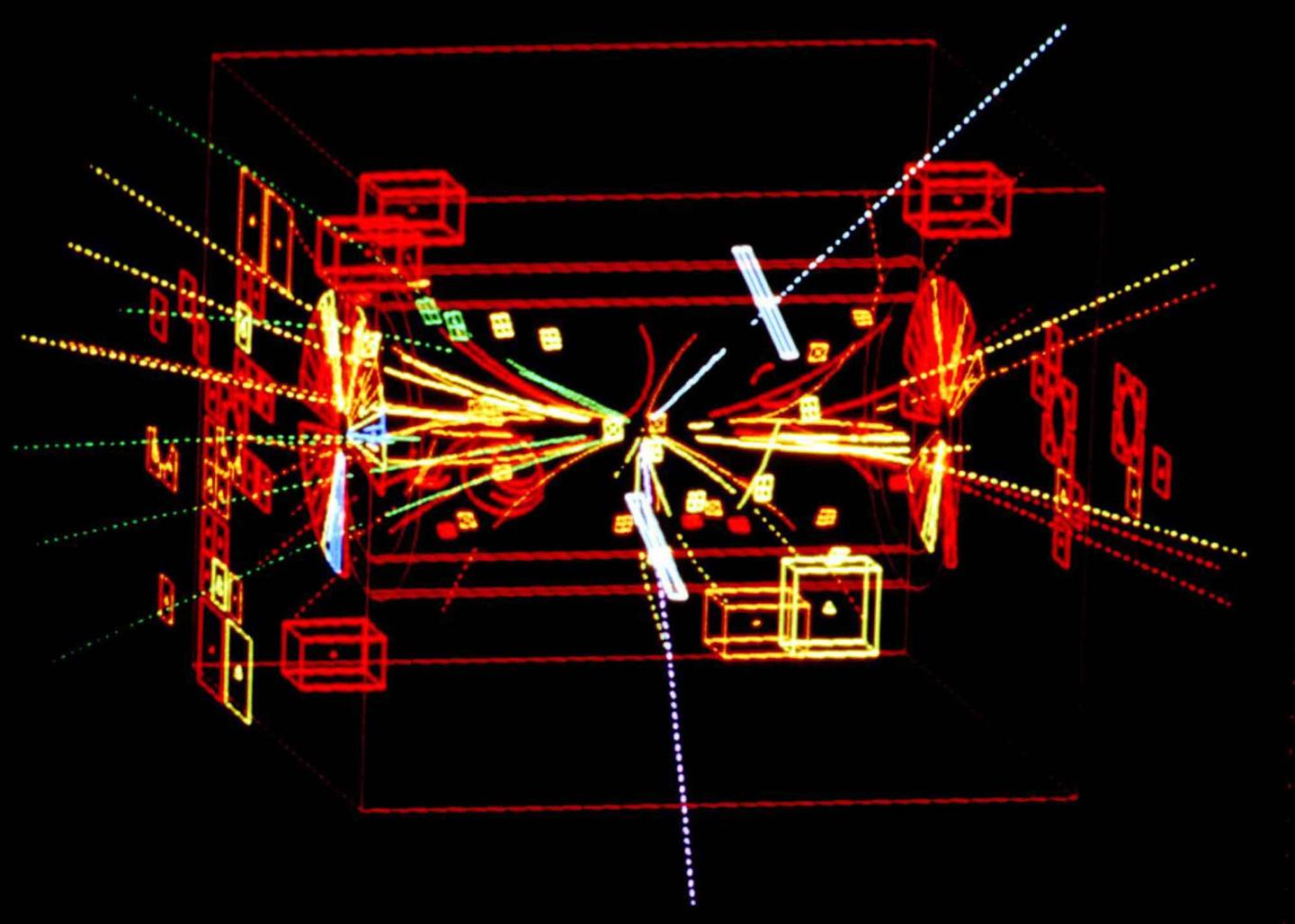 This image taken by the UA1 experiment at CERN on 30 April 1983 was later confirmed to be the first detection of a Z particle (Image: UA1/CERN)

On 1 June 1983 physicists at CERN announced that they had directly observed the Z boson. This discovery was greeted with jubilation as it confirmed the electroweak theory, a cornerstone of the Standard Model of particle physics developed during the 1970s.

Although physicists working with the Gargamelle bubble chamber at CERN had presented the first indirect evidence of Z bosons a decade earlier, the first definitive observation arose out of research done at the Super Proton Synchrotron (SPS) accelerator at CERN.

In the late 1970s, physicists Carlo Rubbia, Peter McIntyre and David Cline suggested upgrading the SPS from a one-beam particle accelerator to a two-beam particle collider. Smashing protons and antiprotons head-on would create enough energy to produce Z particles, as well as the related W bosons.

The new face of the SPS incorporated stochastic cooling, a technique used to collect and cool antiprotons that had been invented by Simon van de Meer at CERN in 1968.

Two detectors, UA1 and UA2, were positioned at different points around the collider to collect particle debris from the high-energy collisions. The physicists began sifting through collision data in 1981, and just two years later they found the first unambiguous signals of the Z boson. The discovery of Z bosons was an extraordinary technical triumph, confirming a critical aspect of the Standard Model. Carlo Rubbia and Simon van der Meer received the 1984 Nobel prize in physics for the discovery.

Their work was expounded upon by research at the Large Electron-Positron collider – approved by the CERN Council in 1981 and commissioned eight years later – which produced millions of Z bosons for precise measurements of electroweak interactions.

During 11 years of research, LEP's experiments provided a detailed study of the electroweak interaction. LEP was closed down on 2 November 2000 to make way for the construction of the Large Hadron Collider in the same tunnel.

How strange is the proton?