Carrying the weak force: Thirty years of the W boson

On 25 January 1983, CERN physicists announced to the world the discovery of the W boson, an elementary particle that carries the weak force 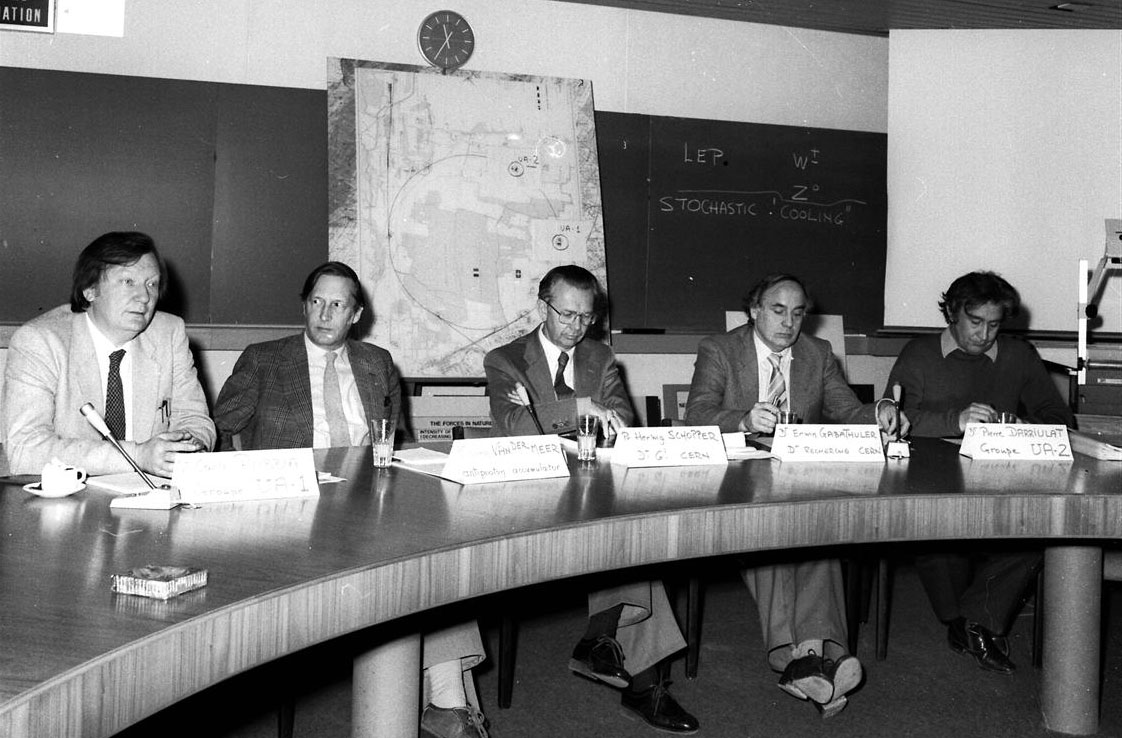 30 years ago today, CERN physicists announced to the world the discovery of the W boson.

The electrically charged boson is an elementary particle that carries the weak force, one of four fundamental forces in physics. The discovery came after just three years of research with CERN's Super Proton Synchrotron (SPS) – a machine originally designed to accelerate beams of protons – running as the world's first proton-antiproton collider.

In 1976 physicists Carlo Rubbia, Peter McIntyre and David Cline suggested modifying the SPS, CERN's largest accelerator at the time, from a one-beam accelerator into a two-beam collider. The machine would collide a beam of protons with a beam of antiprotons, greatly increasing the available energy compared to a single beam colliding against a fixed target. The aim was to reach energies high enough to produce W particles, and related Z particles. Simon van der Meer at CERN had already invented a way of producing and storing dense beams of protons or antiprotons, but converting the SPS into a collider was still a bold move.

Two moveable detectors, UA1 and UA2, were custom built around the SPS beam pipe to search proton-antiproton collisions for signatures of the W particle. They started taking collision data in 1981.

The first W candidate was found in November 1982 and reported at a proton-antiproton workshop in Rome, Italy, 12-14 January 1983. In a seminar on 20 January 1983, Carlo Rubbia announced six candidate W events for UA1 (See video below). Luigi Di Lella announced four candidate events for UA2 to a packed CERN auditorium the following afternoon. On 25 January, CERN shared news of the discovery with the world.

The discovery was so important that the two key scientists behind it received the Nobel prize in physics only a year later. Carlo Rubbia, instigator of the accelerator’s conversion and spokesperson of the UA1 experiment, shared the prize with Simon van der Meer, whose technology was vital to the collider’s operation.

The discovery of the W boson further validated the electroweak theory. It also helped to secure the decision to build CERN’s next big accelerator, the Large Electron Positron Collider, whose job was to mass-produce W and Z bosons for further studies.

Find out more about the history of the discovery by watching a BBC documentary about the W boson search from the time of the announcement.