From CERN to the clinic

At a seminar at CERN today, Ron Heeren describes how CERN’s Timepix read-out chip might in the future be found in surgery rooms 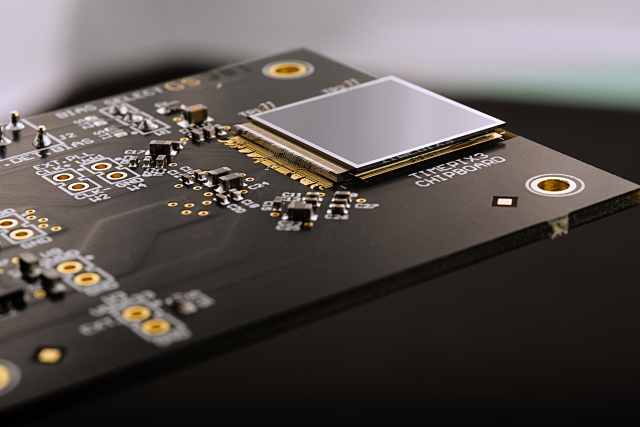 Timepix3, one of the read-out chips of Medipix. (Image: Maximilien Brice/CERN)

Medipix – a family of read-out chips for particle imaging and detection developed at CERN – has proved its credentials outside the field of high-energy physics, including in art authentication and restoration. At a seminar at 11:00 CEST today at CERN, broadcast via a webcast, Ron M. A. Heeren from Maastricht University in the Netherlands now describes how one such chip, the Timepix chip, might in the future be found in surgery rooms and pathology departments.

The idea is to use the Timepix chip as a component of the detector in mass spectrometry imaging – a technique that maps the molecular composition of cells and tissues, and is used in many clinical research areas. In his talk, Ron Heeren will describe how Timepix enables the imaging throughput needed for intraoperative molecular pathology. This could help surgeons diagnose cancers and evaluate surgical margins, the rim of tissue around a tumour that has been surgically removed.

International Day of Women and Girls in Scien...

CMS completes the release of its entire Run 1...

LHCb releases first set of data to the public

CERN, CHUV and THERYQ join forces for a world...