Latest results from the AMS experiment 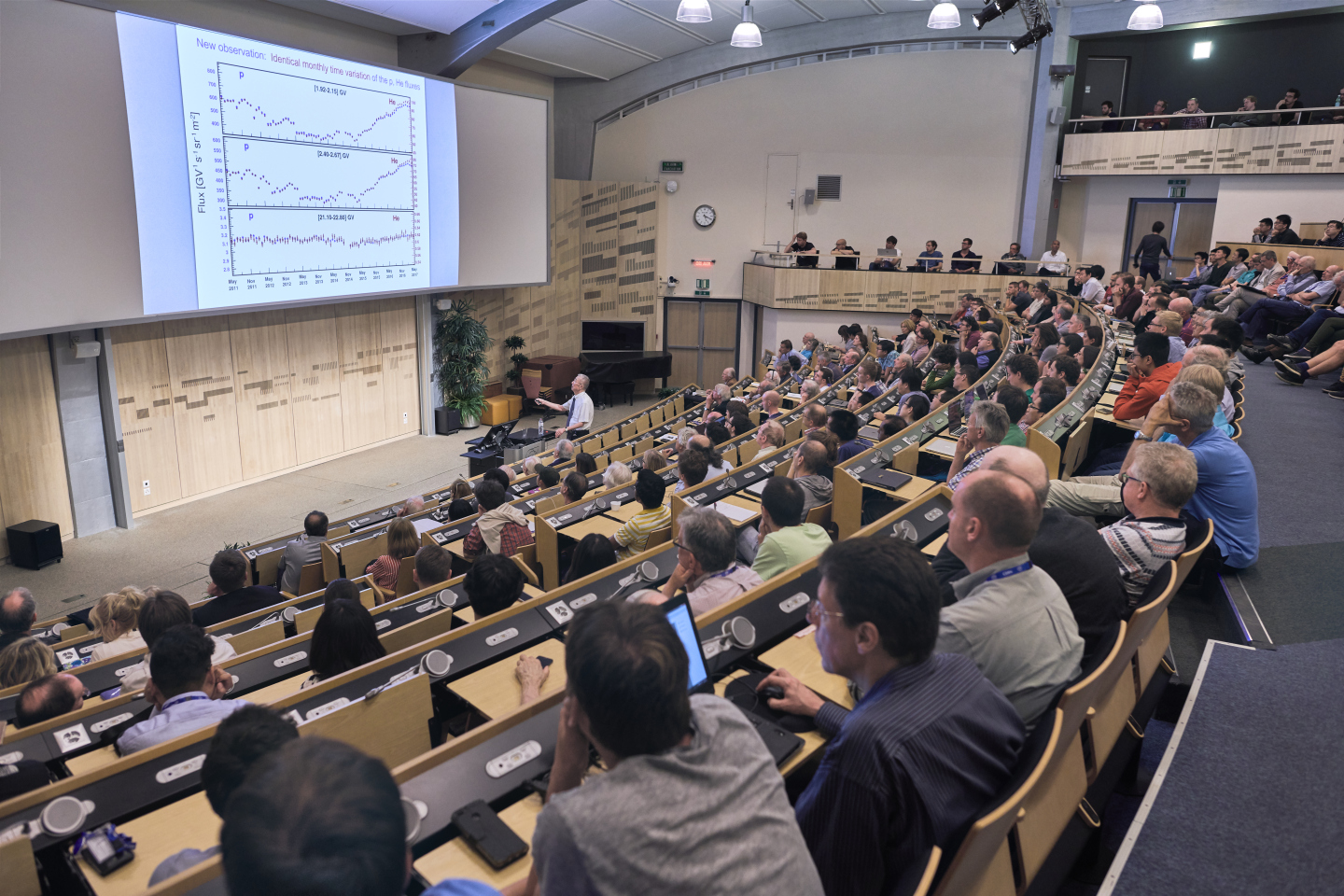 “None of the AMS results were predicted”, said Samuel Ting when he presented the latest results from the space-based magnetic spectrometer last week to a packed main auditorium. The results include flux measurements of secondary cosmic rays and the detection of antihelium-4 candidate events.

Getting into the details of the results, and in no particular order, Ting described how the fluxes of several types of secondary cosmic rays, which are produced in collisions of primary cosmic rays with the interstellar medium, are all surprisingly identical to one another and very different from those of primary cosmic rays. Specifically, the fluxes of the secondary lithium, beryllium and boron nuclei as a function of rigidity (momentum per unit charge) are distinctly different from those of the primary helium, carbon and oxygen nuclei.

Ting also explained how the galactic cosmic-ray flux ratios between carbon and oxygen (C/O) and between nitrogen and oxygen (N/O), as measured by AMS, are unexpectedly different from the abundance ratios of these elements in the solar system: the C/O and N/O flux ratios from AMS are 0.9 and 0.09 respectively, whereas C/O and N/O abundance ratios in the solar system are 0.54 and 0.17.

The Nobel prize winner also reported news on the heavy-antimatter front. Researchers have created antihelium in ground-based collision experiments, but the AMS team is hunting for antihelium and other heavier forms of antimatter in space. The collaboration had previously reported candidate events for antihelium-3. These events allowed the team to estimate the flux ratio of antihelium-3 to helium and find that it is similar to that predicted by some of the cosmic-ray models. The team has now announced the detection of two antihelium-4 candidate events.

The AMS experiment has collected 119 billion cosmic rays since it started operating in 2011, but, looking to the future, Ting said the collaboration needs data up until 2024 to confirm the latest results as well as previous results, including the intriguing excess of cosmic-ray positrons over what is expected. A bigger data set would also allow the team to venture into other territories, including highly charged cosmic rays.

For more information, see the recording of the talk and the list of publications on the AMS website.

AMS, a decade of cosmic discoveries

First lead-ion collisions in the LHC at recor...

Change at the helm of the CMS collaboration

AWAKE sows the seeds of controlled particle a...