Building 107: a safe space for chemicals 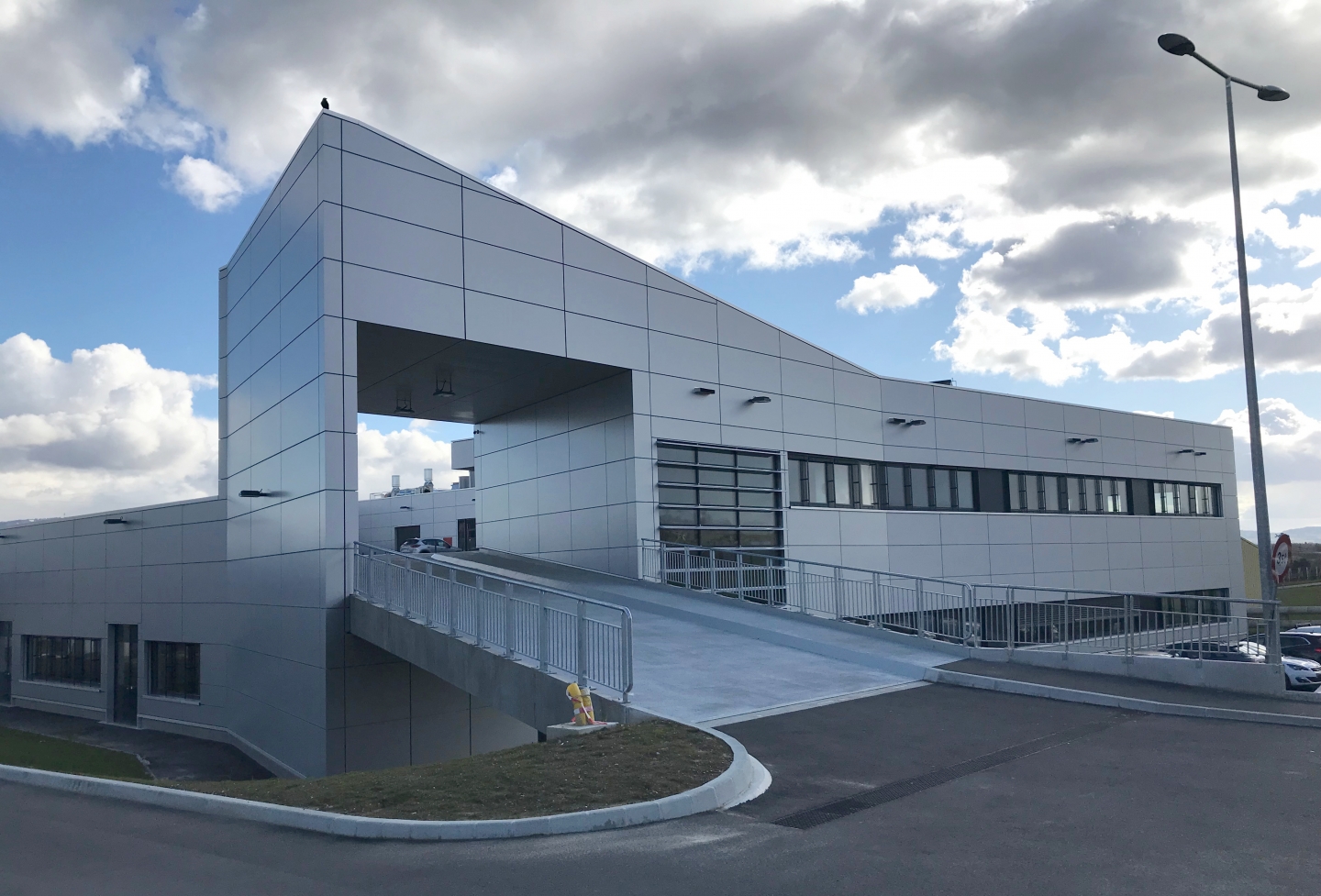 View of the new building 107, which will host laboratories for the treatment of accelerator parts and electronic circuits. (Image: CERN)

On the corner of Rue Salam and Rue Bloch, you can now find the imposing Building 107. In a few weeks’ time, this new building will be home to two technical activities vital to CERN’s operations: laboratories for the surface treatment of vacuum equipment and workshops for the development, manufacturing and treatment of printed circuit boards. Both of these activities involve chemical processes and require similar systems for ventilation and for the treatment of gaseous and liquid waste. This is why they have been brought under one roof in this new 5000 m2 building, when previously they were spread across several different buildings, some of which were becoming obsolete.

The main thing you notice when you enter Building 107 is how much effort has gone into making the installations as safe as possible. The treatment of accelerator parts and electronic circuits involves many chemicals, which are stored in special tanks. These tanks, fitted with overhead cranes, are lined up in huge workshops, one of which is equipped with two 4-metre deep pits for the treatment of very large parts.

A detailed risk assessment was carried out to ensure that no leaks were possible, and as a result the tanks not only have a double skin with leak detection sensors, but are installed above high-tech retention basins. “The retention basins also have leak detection sensors, pumping systems, buffer tanks and, most importantly, a special coating able to withstand more than 100 types of chemical,” explains Luigi Serio, who led the final phase of the Building 107 project. The basins are designed to withstand the chemicals for several days in the event of a leak. The storage areas where components arrive are also equipped with this type of retention basin.

“We did an extensive risk assessment, studying every eventuality and carrying out analyses and tests on samples of the materials,” continues Luigi Serio. The building was also designed to be fire- and earthquake-resistant. As well as the retention basins for the chemical tanks, a large basin has been installed along the west side of the building to retain and test water collected after heavy rainfall.

The way in which the ambient air in the building is checked and treated was also carefully considered. The tanks are fitted with air extractors to avoid the dispersion of gaseous emissions. Various extraction networks have been installed to take account of the different gases and operating conditions involved. The gases collected end up in an impressive service room at the top of the building, which will be controlled automatically and monitored from the CERN Control Centre. In this room, treatment systems using scrubbers or active carbon filters purify the gases. All the mechanical systems have backups.

Building 107 also houses a whole host of other equipment designed to ensure the safety of people and the environment. Cameras and an access control system ensure that only authorised persons are admitted to the building. The building also has gas and fire sensors, along with visual and audible alarms.

“In order to be completely transparent, we asked the Geneva cantonal water protection and major hazard prevention services to visit the installation,” explains Christophe Brouard, who was in charge of civil engineering for the project. “The fire and police services also checked the new building and gave us the green light.”

Finally, the cherry on the cake is that the building is equipped with solar panels and a heat recovery system, which saves around half the energy that would otherwise be needed to heat the building.

The construction of this complex building depended on contributions by many teams. “All of the CERN departments were involved,” says Nicolaas Kos, the designated representative of the building’s future users. “Without effective cooperation, this project, eagerly anticipated by the users, would never have succeeded.”

The building’s users have already started to move in and install their equipment ready for operations to start in April.

LS2 Report: the complex case of vacuums in th...

Honey, I shrunk the vacuum chambers!

The SM18 test facility in the HL-LHC era

Winner of the “Mining the Future” competition...

Guardians of the tunnel

A 3D laser scanner is shaking up component in...