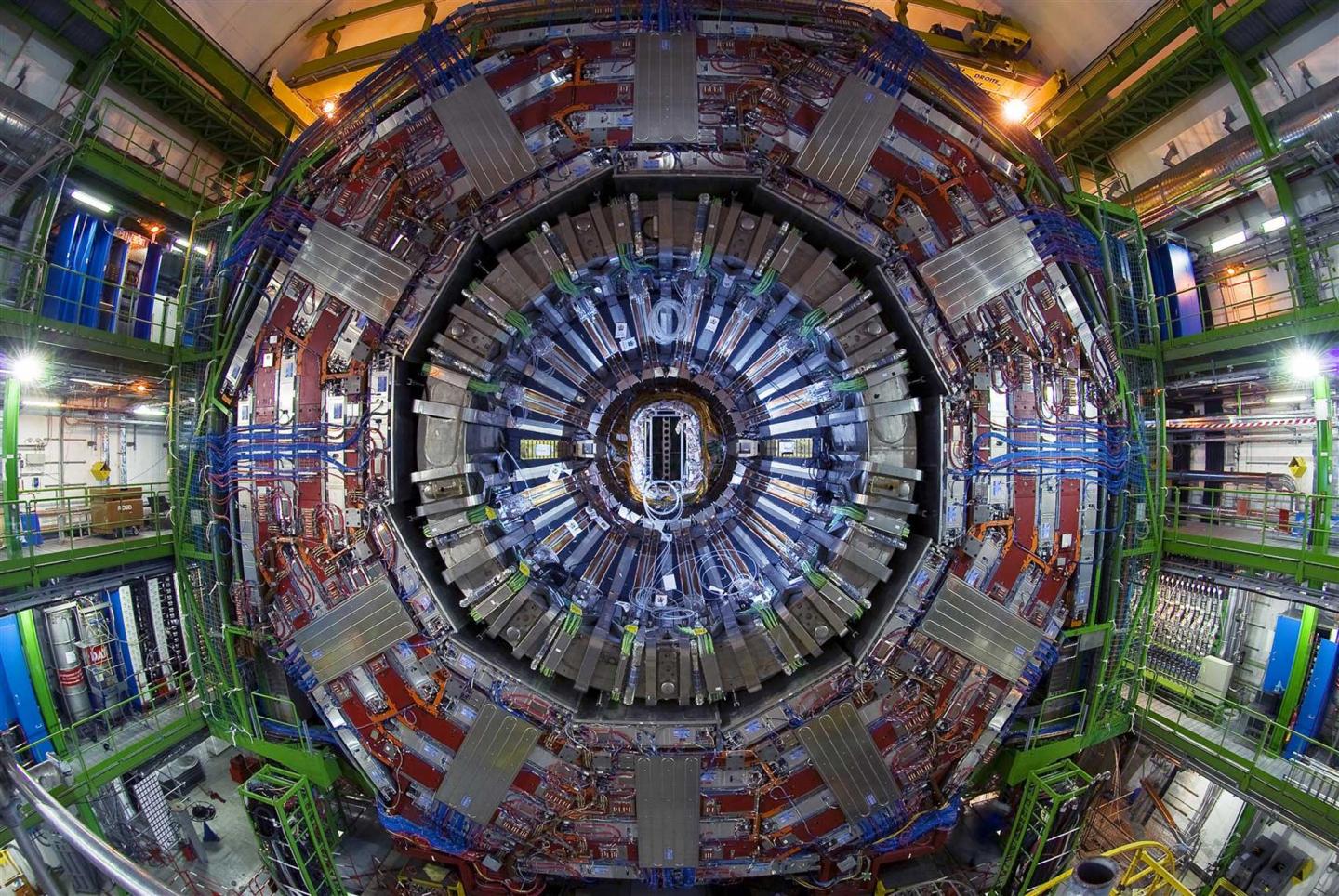 New results from the CMS collaboration are pinning down the properties of the Higgs boson (Image: Maximilien Brice/CERN)

With the Large Hadron Collider (LHC) preparing to restart in a few months, data from its first run has already been bearing fruit.

A recent publication by the CMS collaboration brings together the broadest set of results to date about the properties of the Higgs boson. The paper, submitted to The European Physical Journal C (and available at arXiv:1412.8662) showcases what CMS physicists have learnt about the particle using data taken between 2011 and 2012 Together with another paper on the spin and parity of the boson, [arXiv:1411.3441] the results draw a picture of a particle that  – for the moment – cannot be distinguished from the Standard Model predictions for the Higgs boson.

The Standard Model of particle physics is a theoretical framework that explains how the basic building blocks of matter interact, governed by four fundamental forces. Developed in the early 1970s, it has successfully explained almost all experimental results and precisely predicted a wide variety of phenomena – including the mass of the Higgs boson.

The CMS experiment recently combined measurements from different decays of the Higgs to extract the most precise measurement of its mass to date: 125.02±0.30 GeV, with a relative uncertainty of 0.2%. This uncertainty can be split into a systematic component (±0.15 GeV) and a statistical component (±0.26 GeV), which provides excellent prospects for Run 2 to yield an even more precise mass measurement, as more data will reduce the statistical component.

The Higgs boson decays to many different particles, including photons, Z bosons, W bosons, tau leptons, b quarks and muons. Checking how the Higgs decays into these particles, and with what probabilities, will allow physicists to complete the picture and gain a better understanding of the Higgs.

Finding no significant deviations with the Standard Model has set the bar high for the LHC's Run 2. Theorists and experimentalists will continue working together to find a small wrinkle in the so far smooth Higgs boson picture. That small wrinkle that may point the way out of the Standard Model oasis, across the desert, and the as-yet unknown physics beyond. It's going to be an exciting Run 2.

A version of this article appears on Cylindrical Onion, the blog of the CMS experiment.

Autopsy of an LHC beam dump

What will the future LHC beam dumps be made o...

The North Area is getting a fresh look